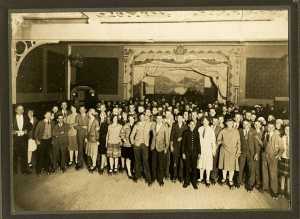 Roller skating has been around for longer than most people think. It’s roots date all the way back to the 1700’s! With such a rich and long history, it can be hard to remember all of the highlights, from its origins to now. That’s why Skate Moore, located in Moore, Oklahoma, has created an easy to follow timeline for you roller skating history buffs.