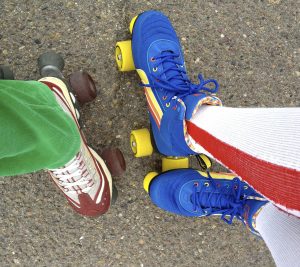 Did you know that roller skates have been around for 275 years? That means roller skating was invented even before America declared independence! With such a unique history, we thought you should know some of the highlights of the history of roller skating:

Since roller skates first debuted in 1743, huge strides have been made to make them comfortable, maneuverable, and safe. At Skate Moore, we love seeing new and advanced skaters at the rink. So, check out our summer schedule and head to the rink today for some fun!