Not many people consider this when they go enjoy their favorite roller sport, but almost three 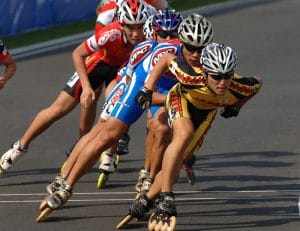 centuries of history and constant tinkering occurred to bring us to where we are today with modern skates. You may be curious as to how all of this got its start, and what pivotal moments happened along the way, but two centuries is a lot to sort through. Here’s a brief synopsis of the evolution of roller skating and the competitive branches it has!